ESP Security owner Brian Smith and his team specialises in the installation, maintenance and support of Burglar Alarms Systems. ESP Security repair ALL alarms – even if we did not install them. We repair and maintain burgler alarms in  commercial organisations and domestic premises throughout the greater Dublin area, Kildare, Wicklow, Louth and Meath. 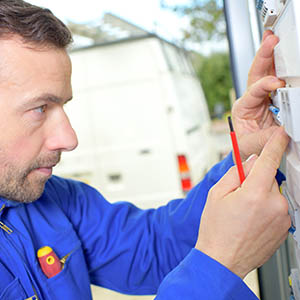 We can repair all alarms in Dublin, Kildare, Meath, Wicklow and Louth areas. 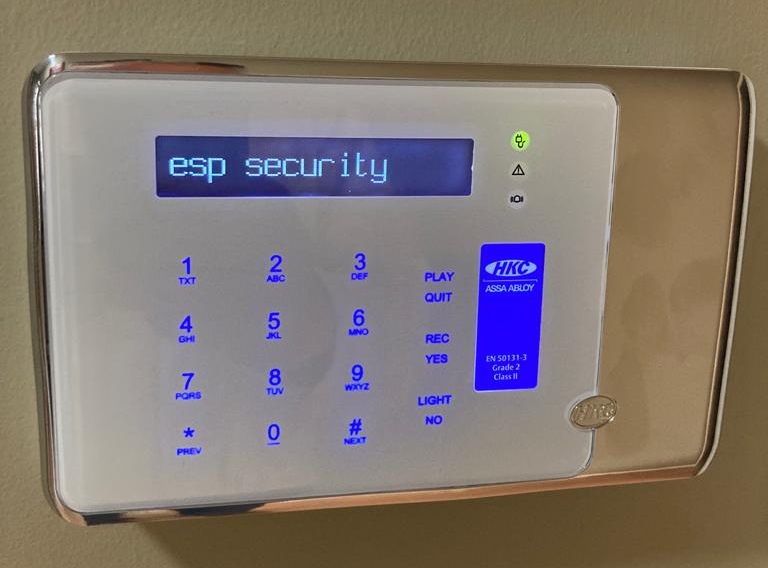 We repair all the following alarms:-

Astec alarms systems were introduced in the nineties to the Irish market, They were a huge success and were installed all over Ireland. In 2012 Astec closed its doors and stopped manufacturing all its products, including the astec 49d, the astec 63d and the astec fusion Panels .

If an astec alarm needs to be repaired ESP can in most cases deal with the problem – we  have access to some equipment which will work with astec systems, an example of this is the external siren –  in that case we can install HKC external bell box, hopefully saving the customer the added cost of replacing the full alarm system.

Some other equipment is more difficult to access, but in almost all cases the existing wiring can be reused to install the new alarm system. In the event of the alarm system being beyond repair then ESP uses a HKC  Securewatch 10/70 panel – this is both a wired and a wire free panel so if we need to replace any sensors or add sensors because of a home extension we can use wire free sensors reducing the need for any new wiring.

For the last twenty years ESP Security has installed many Aritec security alarm panels, including the Aritec CS350, Aritech CS 450 or Aritech CS250. Some of these are no longer manufactured by Aritec but they do need updating, servicing and in some cases repaired. The type of repairs needed are sensor repairs or sensor replacement. When repairing or replacing Aritec sensors we use either HKC or Aritec sensors as these are very reliable sensors . One of the biggest selling alarm panels we installed in twenty years of business is the Aritec CS350 and a huge amount of these panels are still working perfectly after twenty years. However it is important to have these systems serviced at regular intervals, whilst testing the Aritech backup battery in the event of a electricity power cut.

HKC  alarm Systems is an Irish company established two decades ago and since the early nineties have successfully been serving the Irish market and are now market leaders.

ESP Security repair all types of alarm systems. The largest selling system in Ireland is the HKC system. A typical call out for a HKC Alarm system might be to replace a HKC battery in the panel (these HKC batteries last about six years) or a HKC sensor battery. Each HKC wire free part has a battery and these HKC batteries will need to be replaced. Some of our call outs for HKC alarm systems are to extend the HKC alarm system –  perhaps to cover a  new extension or to replace an older HKC system with a more up to date HKC System.

Once a customer has used a HKC alarm system, they usually like to stick to the same product when updating their alarm system. In some cases their may be cables damaged on the older HKC alarm system. In that case instead of trying to find a faulty cable inside a wall, we can use wire free sensors to protect the window or door. This mixture of HKC wire free sensors and HKC wired sensors can be used when a builder has forgotten to wire a window in a new build or the cable has been damaged during construction .

IMPORTANT INFORMATION WHEN GETTING HOME INSURANCE

Some insurance companies state that home will not be covered…….unless the intruder

(b) is installed AND maintained (i.e. a Service Contract should be in place) by an intruder alarm company approved by NSAI (National Standards Authority of Ireland), EQA Ireland and other recognised Certification companies.

ESP understands that what you, as the client, want is peace of mind. Our service and maintenance contract for your security, CCTV or access control system is equivalent to combined regular servicing and breakdown cover on your car. Regular preventative inspections are backed-up with a rapid prioritised response, if required.

Peace of Mind: You depend on your security system to provide safe and secure premises for your staff and visitors. So it makes sense that your system is kept in optimum condition, with 24 hour emergency cover that you can always count on if it is needed.

Save Money: Regular servicing will also ensure the maximum component life and result in lower system downtime. You will also save money by avoiding non-contracted hourly rates.

Compliance: Current industry standards including EN Standards, and The Health and Safety at Work Act all require that security systems that fall within their remit are covered under a formal maintenance agreement.

Stay Covered: Your insurance company will usually require you to regularly maintain your security system. If you have not arranged appropriate cover your insurance claims may be invalid. In addition, all security systems that are financed under a Lease Agreement must have a current service and maintenance contract.

ESP sets itself very high and exacting professional standards – more importantly, our customers appreciate and recognise the value of those standards and accreditations. That’s why we are IS/EN 50131 accredited. 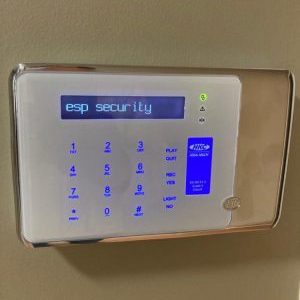 Weekly test of your alarm system

(5) Open all external doors and tap all window sensors

(6) Walk in front of motion beam

What happens if you are not currently a ESP Customer

As Esp offers a 24 hour service to its customers, we often receive calls from people who are not our customers but need our help.

An example of this type of call we receive is when a person moves into a house, the house has a house alarm which nobody has the code for and after a period of time the house alarm goes off and nobody can stop it because they don’t have the alarm code.

If they call our 24 hour help line we can help them either over the phone or sending an engineer to re-programme  the alarm giving them  a new code.Sometimes the house alarm cannot be reprogrammed due to the age, in that case we can at least silence the house alarm and give the client a price for a new system.

The same can be done for all alarm households, even if the alarm customer is not our customer. In some cases the person with the alarm going off, is a person renting the property who has not been given the code. Once we are given the go ahead by the landlord we can despatch an engineer to do the repair and the landlord can pay our bill over the phone by card and we can then email a receipt for work carried out and give our recommendations for any future work necessary.

House alarms are a fantastic way of keeping your family safe and your property protected – but when alarms are not looked after then they can be big trouble. If you find yourself in that situation then don’t cut any cables or try  dismantling the alarm –  just call our 24 hour help line and we can take it from there, as cutting the cables can be dangerous and can make the fault worse.

When alarm systems came to Dublin first there was no license for alarm installers to adhere to. This meant anybody could install your house alarm. They very often put their phone number on the alarm panel but had no intention of providing a 24 hour service, so when a fault came,  there was nobody to answer the call, leaving people with alarm bells ringing, sometimes all night or all weekend.

If a person finds themselves in this position then that is bad enough but for a family with a baby or children then the problem is much harder for them to deal with. If you activate your alarm and it wont  accept your code then wait 1 minute and put 0 in front of the code and try again – in the case of an Astec alarm use the word clear and then put in the code. This often helps .

Get a quotation for your security, access or CCTV installation, or for the maintenance of an existing system

"In addition to a security alarm system, we also had security lights fitted front and back and a smoke alarm connected to the house alarm, so we feel very well protected by ESP. The installations were very neat and the back-up support is top class.
All round, very impressed with the service and have happily referred ESP on to friends and neighbours."

"I would highly recommend ESP for the supply and fitting of all alarm systems. We have been a customer of theirs for a number of years and have always found them extremly professional and courteous. Work is always completed on time, and they are always there to help when you call ..."

"We use ESP Security both for our business premises & home alarm. They are experts in the supply & fitting of Alarm Systems. ESP also offer a monitoring of your alarm, which is vital in the world we live in. I have recommended ESP to several of my clients and they have found ESP to be extremely professional and offer very good value for money. I can highly recommend ESP Security."

"When the house is empty ESP Security make sure that the alarm system is fully monitored, so that an incident is followed up immediately.  They also provide cover when I am on holiday so that I don't have to worry about the security of my home. I have been an ESP Security customer for more than five years and I'd recommend them to anyone worried about the security of their home."

"Thanks for recabling our phone for the monitoring service. The quick response and complimentary service is particularly appreciated as I had overlooked that implication of moving our broadband and telephone to upc. Makes us all the more comfortable with the decision to use Electronic Security Protection for our domestic alarm."

"I would like to take this opportunity to thank you for the excellent service ESP has provided us. Brian is simply amazing and clearly sees it as a badge of honor to surpass the expectations of clients. ESP have always provided us with service of the highest standard, anticipating our needs and responding punctually and effectively when issues have arisen. I am really, really impressed and will be recommending ESP to clients and friends."

“Just wanted to say thank you for such an excellent service. I called this morning with a broken cable and your engineer called at the precise time and did a great job. Very impressive service”

Many thanks for the very efficient service carried out today on my alarm system Joe was very good and as you said he is very aware of social distancing and the protocol required to keep us all safe during these trying times.